Dead dolphin calf “Yaholo” before necropsy showing injuries due to the line in which he was entangled. (Photo courtesy of NOAA/NMFS, Beaufort Lab)

On Tuesday, January 11th. off our NC Maritime Museum docks in Gallants Channel we saw a familiar dolphin named “Yang” (#1185). She has a very distinct dorsal fin and we have had her in our photo-ID catalog since 1992. We know she is a female because we have seen her before with a young calf. In fact, in October ’04 we photographed her with a young calf, one that was probably born around May, ’04. On Tuesday she was also with her young calf but this time her calf appeared to be entangled in fishing line, struggling at the surface for every breath, and unable to extend its body to swim properly. It was just Yang and her calf. No other dolphins were nearby.

We contacted some of our local colleagues (Vicky Thayer at Duke, Aleta Hohn and Gretchen Lovewell at NOAA/NMFS, and others) who came out on a boat with us to have a look and help evaluate the condition of the calf. Since we were observing what appeared to be a life-threatening human-induced injury, we began to pull together a group of local professional colleagues and volunteers to attempt a rescue coordinated and led by Aleta. On the morning of January 13th. 20+ people from 6 local institutions on very short notice in 6 boats set out with the goal of trying to safely locate, capture, disentangle, and release the calf. Within an hour of leaving the dock in light rain, we found (thanks to Janet Frye on her boat “Daydream”) Yang and her calf. The tide was high but they were near a sandbar so Blake Price, Dave Skinner, and Kevin Brown of the NC Dept. of Marine Fisheries deployed a large-mesh seine net and captured Yang and her calf on the first attempt. While restraining the 2 dolphins next to each other, we soon realized that the calf was horribly injured as a result of entanglement in a jumble of monofilament fishing line stretching from his mouth to his tail. Craig Harms, the attendant veterinarian from NCSU/CMAST, was considering euthanasia when the baby died in our arms in front of his mother, “Yang”. We released the mother.

The necropsy revealed that the fishing line had cut both sides of the mouth down into the bones (mandibles) and cut deeply near the tail almost to the spine. The outcome, although disappointing because we were unable to save the calf, left us with the rewarding feeling that we did the best we could have and forged relationships that are likely to be helpful in the future. It will be interesting to see if/when Yang joins up with other dolphins and gives birth again. If we had gotten to the baby sooner perhaps we could have saved him. We’re all feeling pretty deflated right now. We hope that those who read this will help educate others about the negative impacts of litter, particularly of discarded monofilament fishing line, on marine wildlife. Thanks for everyone’s support and help, especially the following people who assisted with the preparation and rescue attempt: 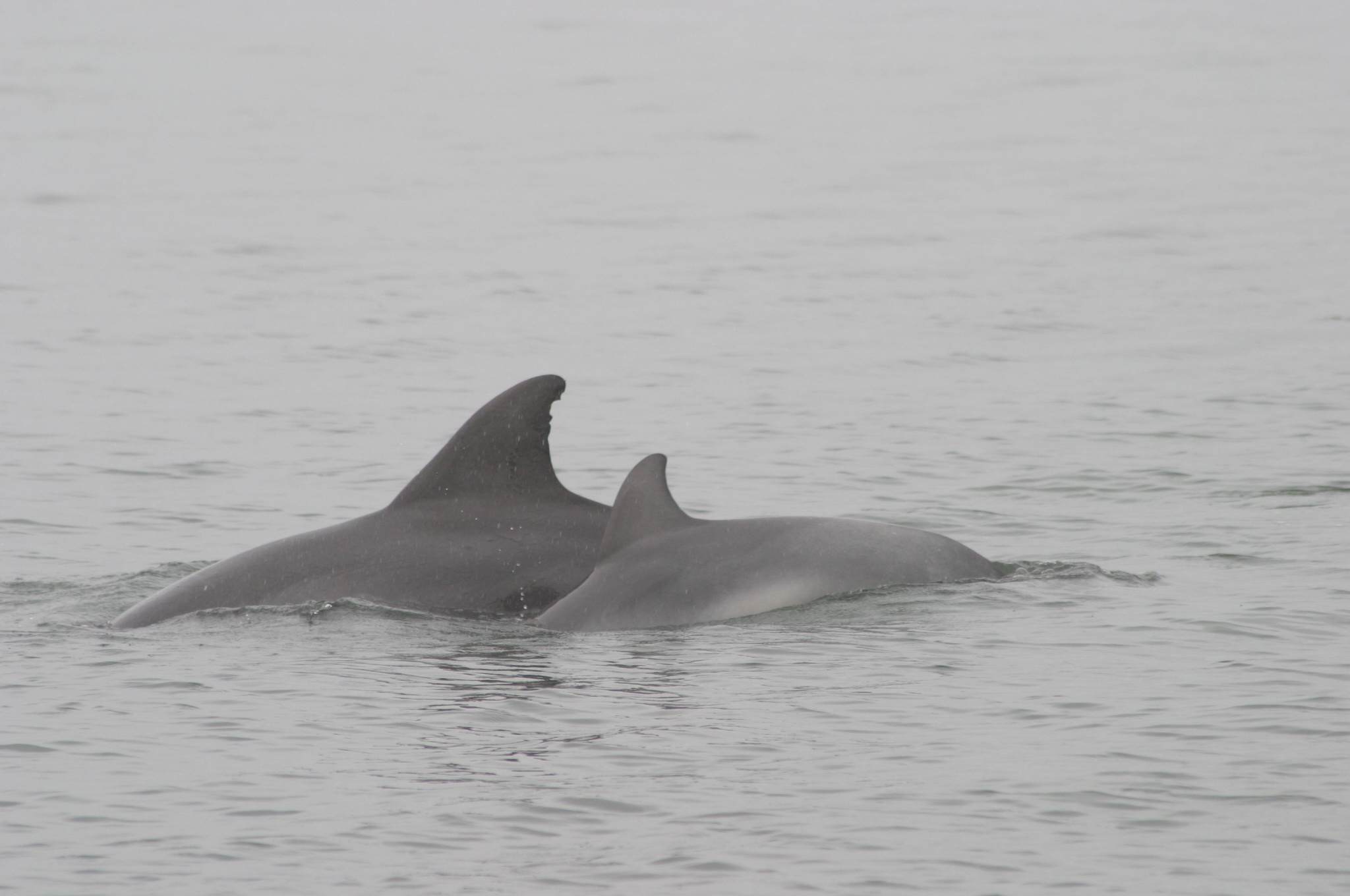 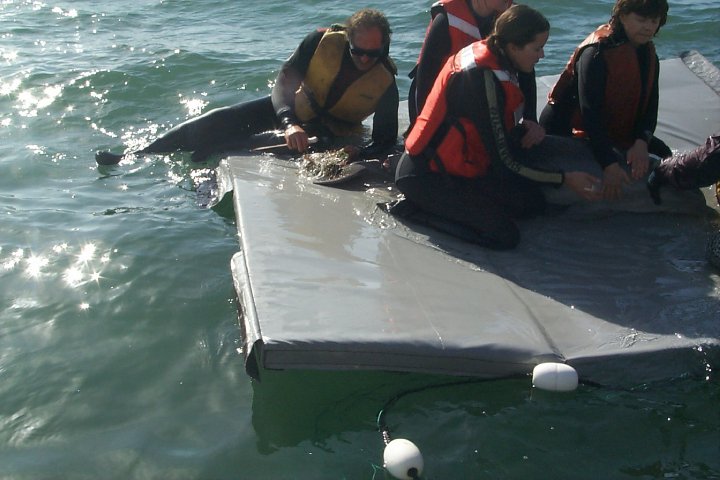 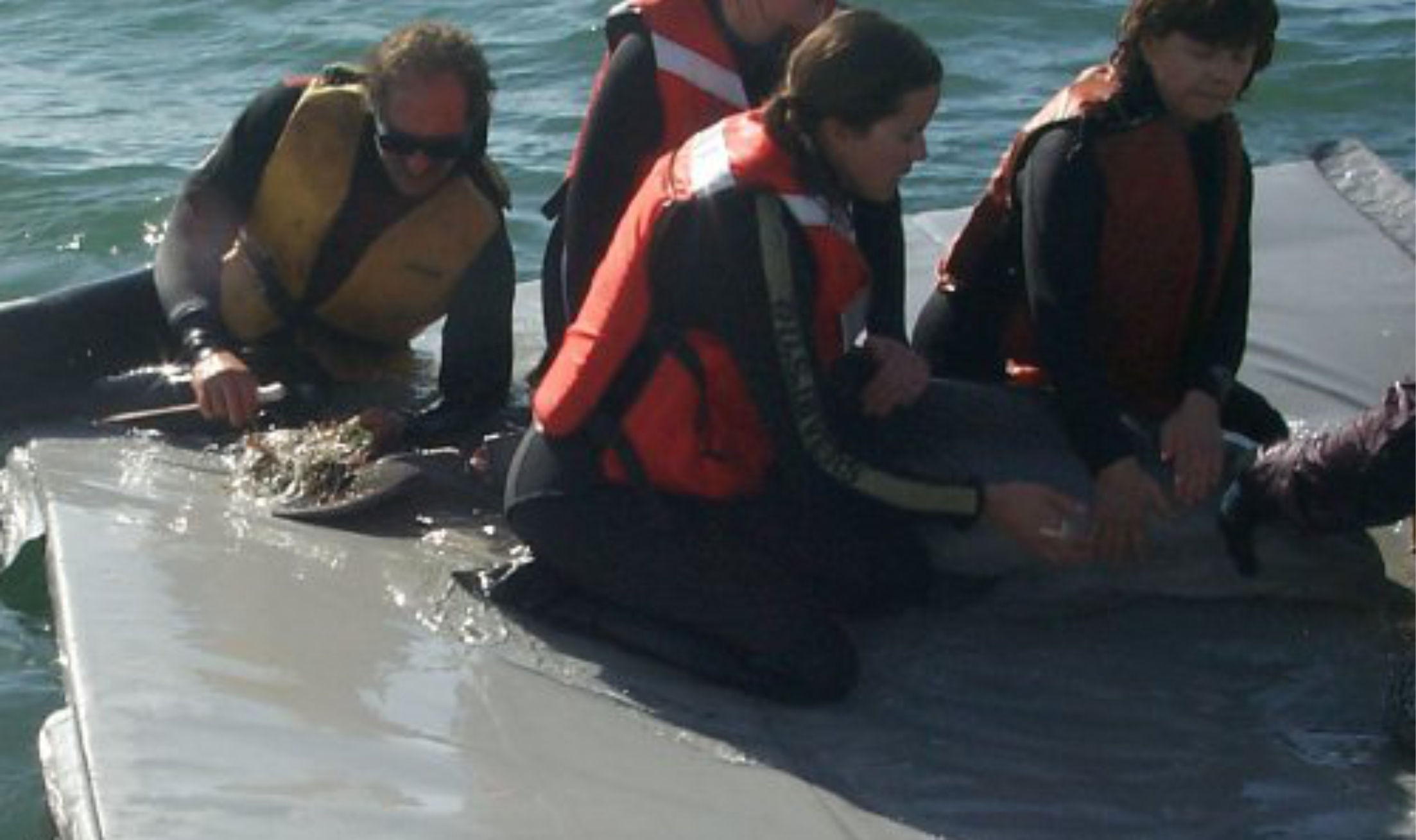 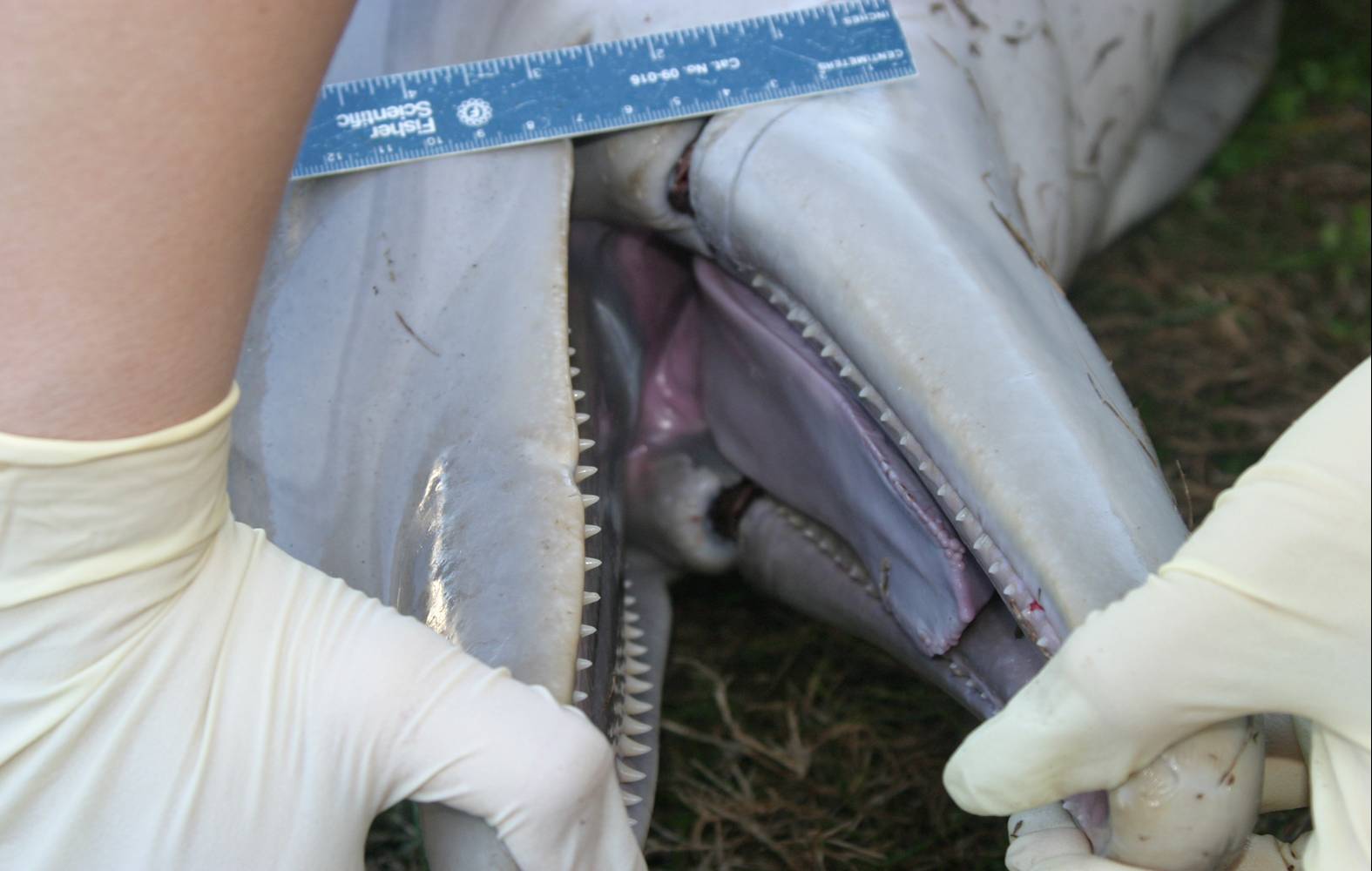